Client Profile
Based in Canton, Michigan, ACI is a leading, solution-oriented, full service telecommunications provider of outsourced services to businesses, individuals, and governments throughout the Midwest and in select areas of the Northeastern and Southeastern United States. The Company’s comprehensive services suite includes design and engineering, construction planning, construction maintenance and premise wiring.
Situation
ACI experienced rapid levels of revenue growth, however ACI’s profitability suffered due to increased costs of managing operations outside its geographic footprint. ACI’s senior management team determined the flexibility of resource sharing and ease of management of a geographically contiguous footprint was advantageous to profitability. As a result, the Company exited a number of markets due to underperformance in these markets, resulting in the elimination of approximately 300 routes. Furthermore, the decline in the general economy exacerbated the revenue decline as fewer residents had the financial wherewithal to upgrade their data/voice/cable packages.
Solution
SSG marketed ACI to a wide variety of strategic and financial parties to find a partner to provide capital necessary to complete the Company’s operational restructuring and strategically expand into new markets. With the realization of these initiatives, ACI is poised to increase profitability and further expand its brand. SSG’s ability to solicit multiple competitive offers provided ACI and its lenders good market feedback to properly assess alternatives. Ultimately, ACI was sold to Resilience Capital Partners as its first acquisition in the infrastructure services industry and its fifth platform investment in The Resilience Fund III, L.P. 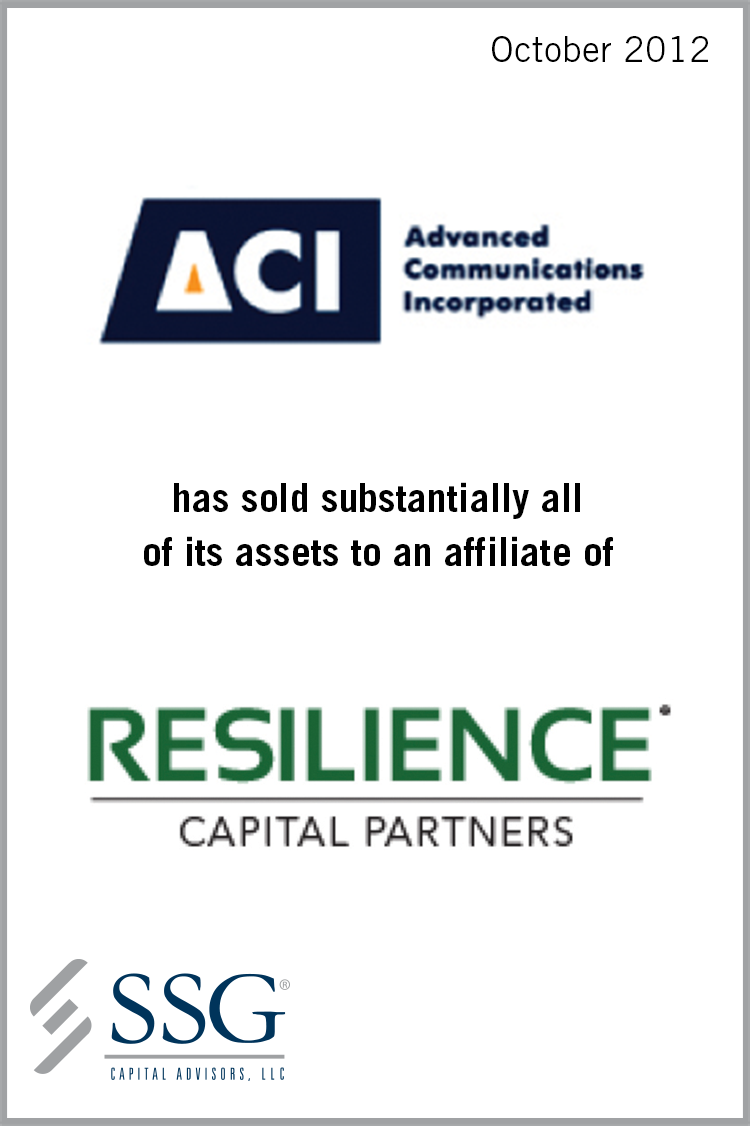