Client Profile
AFC Acquisition Corporation, doing business as American Home (“American Home” or the “Company”) is a leading retailer of furniture, bedding / mattress and other home products in the Southwest market of the United States. Based in Albuquerque, New Mexico, American Home operates six stores located throughout the state (three in Albuquerque, two in Santa Fe and one in Farmington) from which all sales are conducted. American Home has four large format stores with a broad merchandise selection that ranges from entry level to high end as well as two mattress specialty stores. Since 1936 American Home has been New Mexico’s premiere home furnishings retailer and continues to maintain a dominant share of the market it serves.
Situation
In the wake of a restructuring in 2008 and the negative impacts of the recession, American Home was able to stabilize its business despite a lagging economy in New Mexico. Recent years brought a return to profitability and brighter prospects for the future.
Solution
BB&T Capital Markets and SSG Capital Advisors were jointly retained as exclusive investment bankers to pursue a sale of the business. The Company was ultimately sold to American ABQ Holdings, LLC in a management buyout. 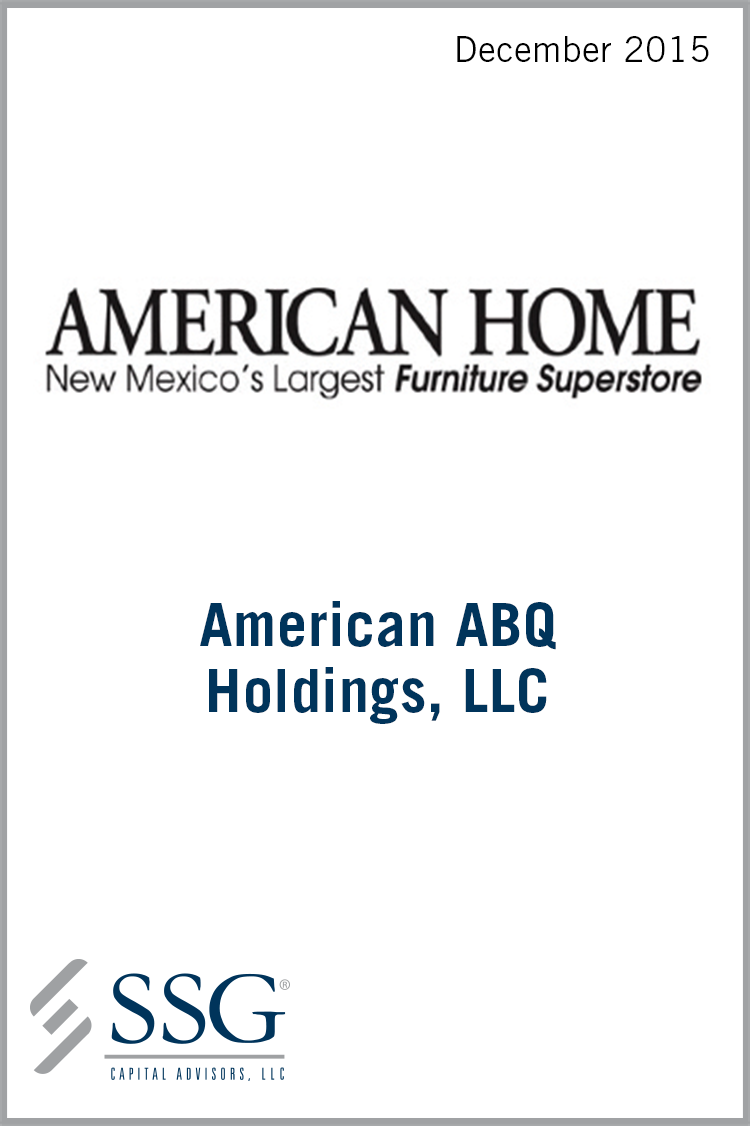