Client Profile
Canal Asphalt, Inc. (“Canal” or the “Company”) owned and operated an asphalt plant located in Mount Vernon, New York. The plant had capacity to produce in excess of 300,000 tons of various asphalt mixes per year and its customers included contractors of the Department of Transportation for New York City and New York State, the New York City Department of Design and Construction, Westchester County municipal pavers, local parking lot and driveway paving companies and local utility companies such as Con Edison and Verizon.
Situation
The Company had operated the plant profitably since 1986 until a related entity that served as its primary customer began to experience economic difficulty. This entity engaged in construction and paving activities and had experienced bonding capacity constraints in 2013 which affected its ability to procure contracts. The resulting operating losses and inability to replace sales from its core customer forced the Company to file for Chapter 11 in the U.S. Bankruptcy Court for the Southern District of New York in July, 2015.
Solution
Canal had secured a stalking horse bidder in conjunction with a plan of reorganization but the Bankruptcy Court required the Debtor to run a simultaneous Section 363 sale process to market test the plan valuation. SSG was engaged as the exclusive investment banker to run the sale process and solicit competing offers. SSG’s marketing process resulted in a highly competitive and robust auction where the offer from Peckham Industries, Inc. was ultimately deemed to be the highest and best for substantially all of Canal’s assets, maximizing value to the Company’s stakeholders. The transaction closed in June 2016. 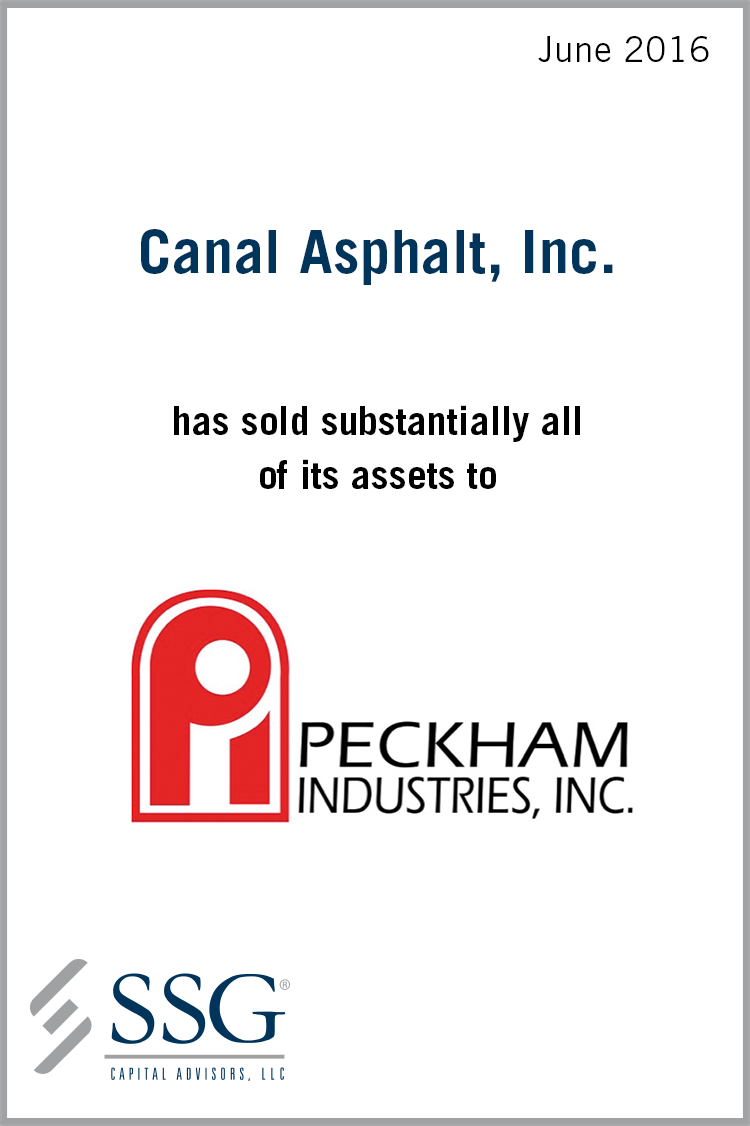