Client Profile
Horsehead Holding Corp. (“Horsehead” or the “Company”) is a producer of zinc and nickel-based products for sale primarily to customers throughout the U.S. and Canada. The Company is one of the largest recyclers of electric arc furnace dust and a leading recycler of hazardous and non-hazardous waste for the steel industry. Horsehead operates through three distinct business units: Horsehead Corporation and its subsidiaries, Zochem Inc. and The International Metals Reclamation Company, LLC. Together with its predecessors, Horsehead has operated in the zinc industry for more than 150 years and in the nickel-bearing waste industry for more than 30 years. Headquartered in Pittsburgh, PA, Horsehead and its affiliates have production and / or recycling operations at seven facilities located in five states and Canada and was a publicly traded company listed on the NASDAQ.
Situation
The precipitous drop in zinc prices during the fourth quarter of 2015 and first quarter of 2016 coupled with constrained liquidity brought about by startup issues at a newly constructed zinc processing facility in Mooresboro, NC resulted in the Company defaulting on its senior line of credit. In January 2016, a group of hedge funds acquired a controlling interest in the Secured Notes and Unsecured Notes, which accounted for approximately $245 million of the Company’s total outstanding debt. Due to the Company’s operational and liquidity issues, Horsehead filed for protection under Chapter 11 of the U.S. Bankruptcy Code on February 2, 2016 and put forth a Plan to convert debt to equity and take the Company private. In a highly unusual ruling, the Court appointed the Equity Committee in May 2016 to investigate what happened to the Company’s value shortly before and after the Petition Date and to determine if the Company’s public shareholders were unjustly being left with no recovery under the Plan. The Plan was subsequently amended after the Company, the Ad Hoc Group of Senior Secured Noteholders and the Official Committee of Unsecured Creditors reached an agreement in early July.
Solution
The Equity Committee retained SSG to provide various services to support its investigation, including a review and analysis of the Company and the Plan, an enterprise valuation of the Company, a review and analysis of valuations prepared by the Company and its advisors, a review and analysis of restructuring and other strategic alternatives available and expert testimony. While the Plan as further amended was ultimately confirmed, SSG’s experience added tremendous value to the bankruptcy proceedings by challenging the Plan and enterprise valuation and ensuring that the public shareholders’ interests were protected. The Horsehead Chapter 11 case was widely reported on in the Wall Street Journal, industry publications and on social media and may serve as a benchmark for the future appointment of equity committees in public company bankruptcy proceedings. 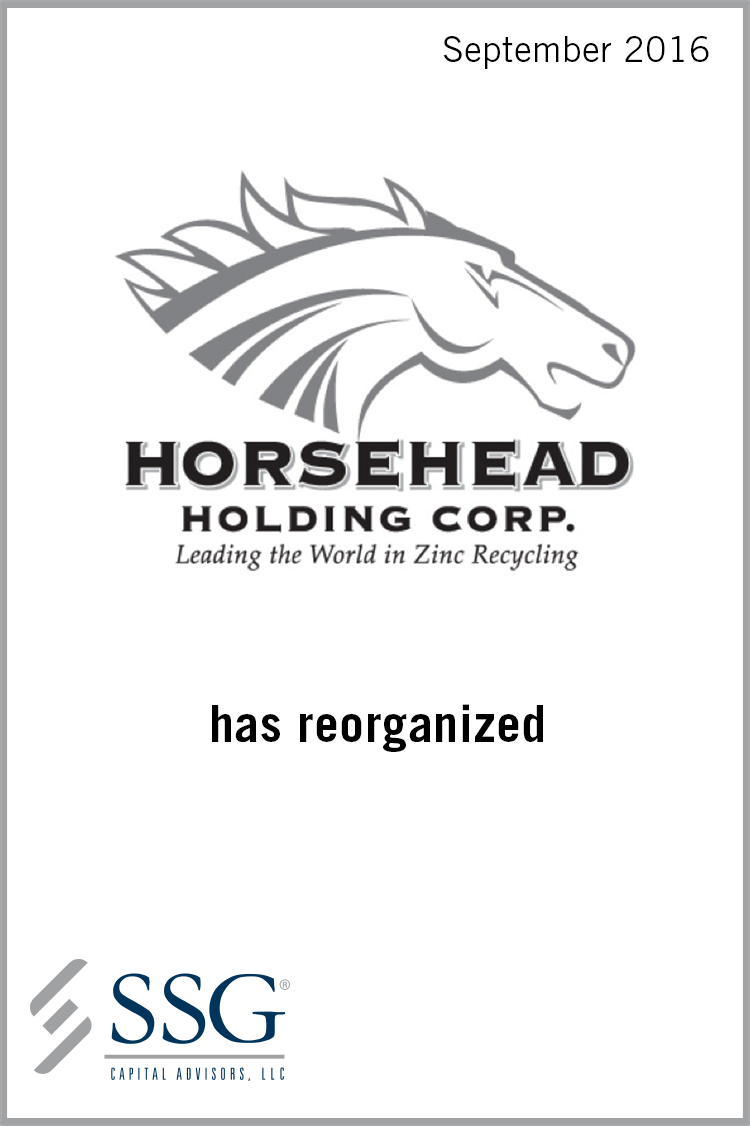