Client Profile
Mid-States Supply Company, Inc. (“Mid-States” or the “Company”) is a service-oriented, value-added distributor of industrial valves, pipe, automation products, fittings, steam specialty items and controls (collectively, “PVF”). The Company’s PVF products are sold to a myriad of industries, including large industrial plant operations, oil, gas and chemical refineries, oil and gas pipeline transportation, food, mechanical construction and other large industrial customers. Founded in 1947, Mid-States is headquartered in Kansas City, Missouri and operates over 20 locations nationwide.
Situation
While Mid-States experienced double-digit growth in recent years, significant investments in working capital drove an increase in the Company’s outstanding revolving line of credit balance. A confluence of factors, including the demand for inventory, diversity in the customer base (meaning a broad demand for stocked product) and a rapid decline in the oil and gas exploration and production (“E&P”) sector, kept inventory, payables and outstanding debt at unsatisfactory levels. Investments in inventory coupled with the decline in revenue from the E&P sector exhausted the Company’s liquidity.
Solution
SSG and Frontier Investment Banking (“Frontier”) were retained by Mid-States in January 2016 to evaluate strategic alternatives. While parties engaged in a thorough review of the business and submitted offers, it was determined that filing for Chapter 11 bankruptcy protection was the best option to avoid further deterioration of its business and to retain the value of its assets by effectuating a sale through a Chapter 11 Section 363 process. Mid-States filed for Chapter 11 protection in the U.S. Bankruptcy Court for the Western District of Missouri on February 7, 2016. SSG conducted a comprehensive, post-petition marketing process, contacting a broad universe of both strategic and financial buyers to achieve an optimal outcome for the Company and its key stakeholders. The process resulted in six qualified bids, including the stalking horse bid, for the Company’s assets in whole and/or in parts. Staple Street’s offer of approximately $25.3 million, adjusted for net assets at close, plus the assumption of certain liabilities was ultimately deemed to be the highest and best offer for substantially all of the Company’s assets following the conclusion of an auction against a competing club bid for the assets and negotiations to improve the final bid of Staple Street. The sale was approved by the Bankruptcy Court and closed in April 2016. 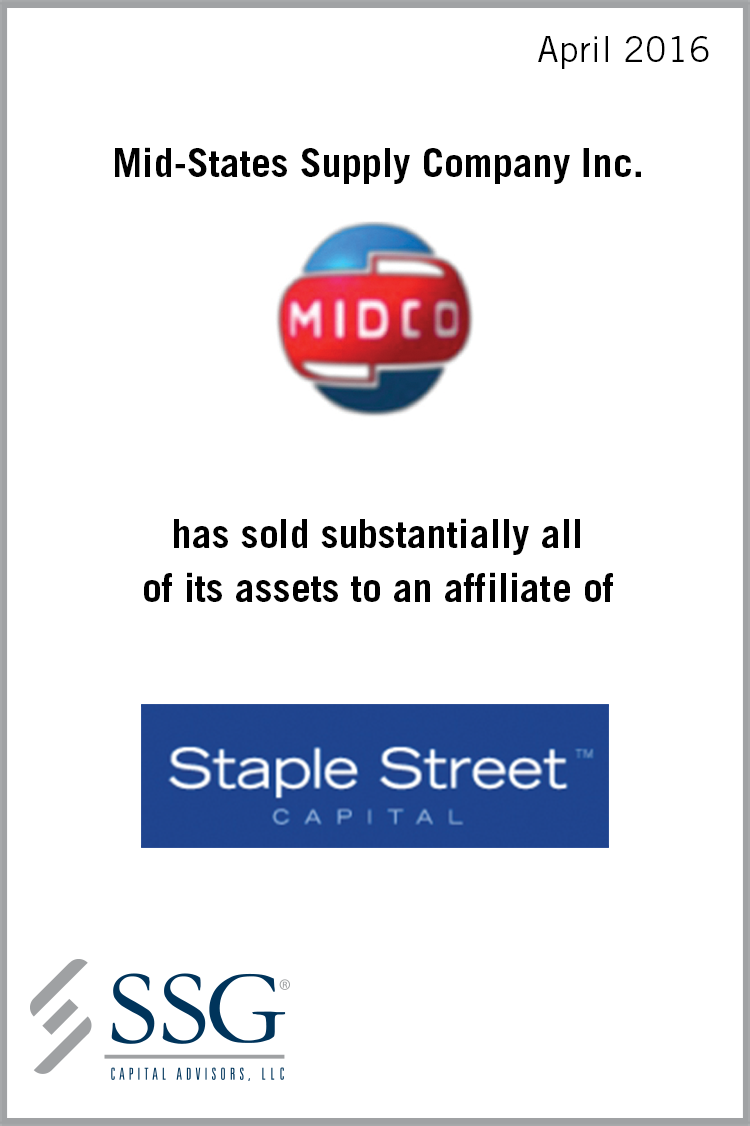