Client Profile
Nighthawk Energy plc and its subsidiaries (collectively “Nighthawk” or the “Company”) are engaged in the exploration, development and production (“E&P”) of oil in the Denver-Julesburg (“DJ”) basin. Founded in 2006, the Company is headquartered in Highlands Ranch, Colorado and was publicly traded and listed on the London Stock Exchange. Nighthawk began its E&P operations in 2007 as a non-operating partner and in 2011 began acquiring its partner’s positions to become the operator of the DJ basin assets in 2012. Today, the Company controls approximately 140,000 net acres in the oil-rich Southeastern DJ basin.
Situation
The Company’s liquidity became severely constrained as a result of the precipitous decline in oil prices in 2014 and 2015, burdensome senior debt payments and an investment in a waterflood project that yielded unfavorable results. In order to recapitalize the business and take advantage of near-term drilling opportunities, the Company retained SSG in January 2018 as its exclusive investment banker to assist in the exploration of strategic alternatives.
Solution
In addition to conducting a comprehensive pre-petition marketing process, SSG also engaged in discussions with Nighthawk’s junior debt and equity holders to restructure and recapitalize the Company. Unable to reach a viable proposal with these stakeholders, Nighthawk focused its attention on the marketing effort which produced multiple letters of intent from both strategic and financial buyers. Nighthawk ultimately reached an agreement with Morse to be a stalking horse bidder for substantially all of the Company’s assets in a Section 363 sale process. In April 2018, select Nighthawk subsidiaries filed for Chapter 11 protection with the remaining entities filing in May 2018. After SSG conducted a post-petition marketing process, Morse’s $18 million stalking horse bid was ultimately deemed to be the highest and best offer. SSG’s ability to solicit offers in a fast-tracked process and its experience with special situation sale processes enabled the Company to maximize value. 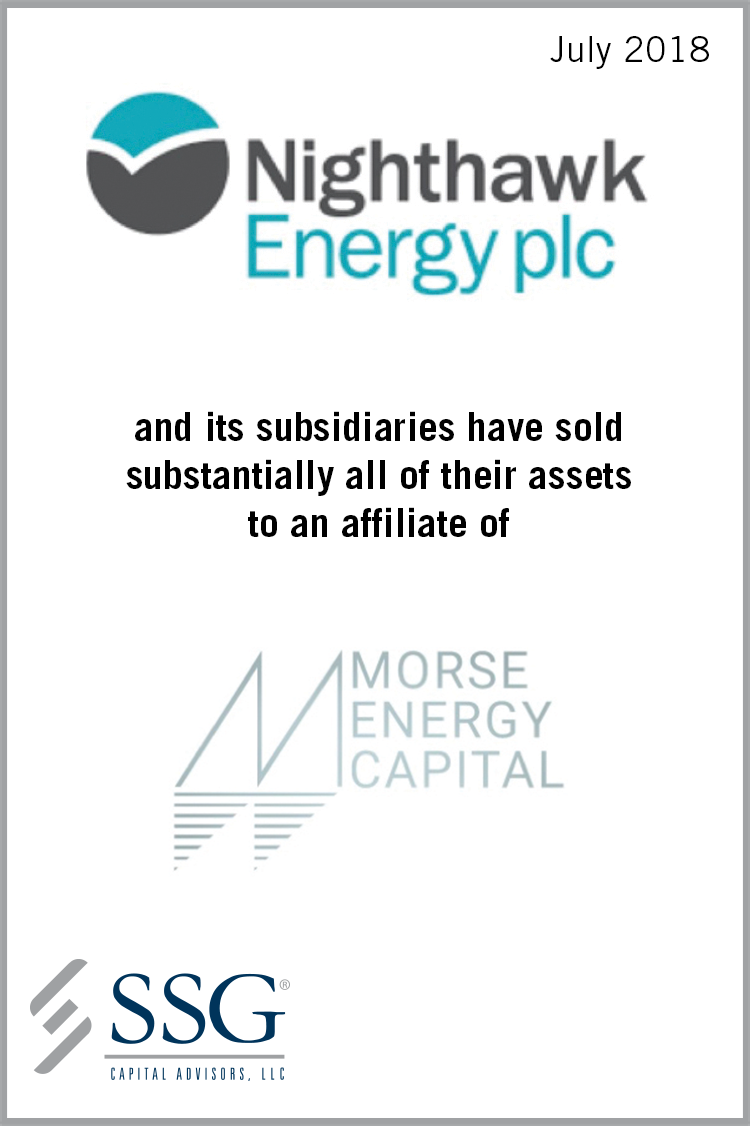