Client Profile
Saladworks, LLC (“Saladworks” or the “Company”) was founded in 1986 and is widely recognized as the largest fresh-salad franchise concept in the U.S. With franchise locations concentrated in the Mid-Atlantic region, the Company has grown its presence to over 100 operating restaurants throughout the U.S. and internationally, including the Middle East, Southeast Asia and Canada. With more than double the number of stores of its closest direct competitor, Saladworks has established itself as the dominant market leader in the fresh tossed salad and healthy, fast casual restaurant categories.
Situation
While Saladworks was able to maintain healthy profit margins and has significant opportunity to expand its top-line revenue, litigation over obligations to a stakeholder limited the Company’s ability to grow. In order to satisfy its obligations to this stakeholder, Saladworks began to explore strategic and financial alternatives in 2013. Although certain parties indicated an interest in acquiring Saladworks, the Company was unsuccessful in executing a transaction due to the uncertainty of the legal issues. Not only did the publicity of the litigation affect the Company’s ability to consummate a transaction, it also impaired the Company’s ability to sell additional franchises.
Solution
In order to effectuate its sale strategy to avoid further deterioration of its business and achieve maximum value of its assets for the benefit of all of its stakeholders, Saladworks filed for Chapter 11 protection in the U.S. Bankruptcy Court for the District of Delaware on February 17, 2015. SSG was retained as the Company’s investment banker for the purpose of marketing the business for sale and soliciting offers. SSG conducted a comprehensive marketing process which resulted in a wide range of interest from potential strategic and financial buyers, with ten proposed stalking horse offers received. Centre Lane’s offer of approximately $16.9 million was ultimately the highest and best price for substantially all of the assets of Saladworks. SSG’s ability to solicit competitive offers from strategic and financial buyers in a fast-tracked process and experience with section 363 sales enabled the Company to maximize value while preserving the jobs of substantially all corporate employees and maintaining the loyalty of franchisees, vendors and customers. The sale was approved by the Bankruptcy Court in May 2015 and closed in June 2015. 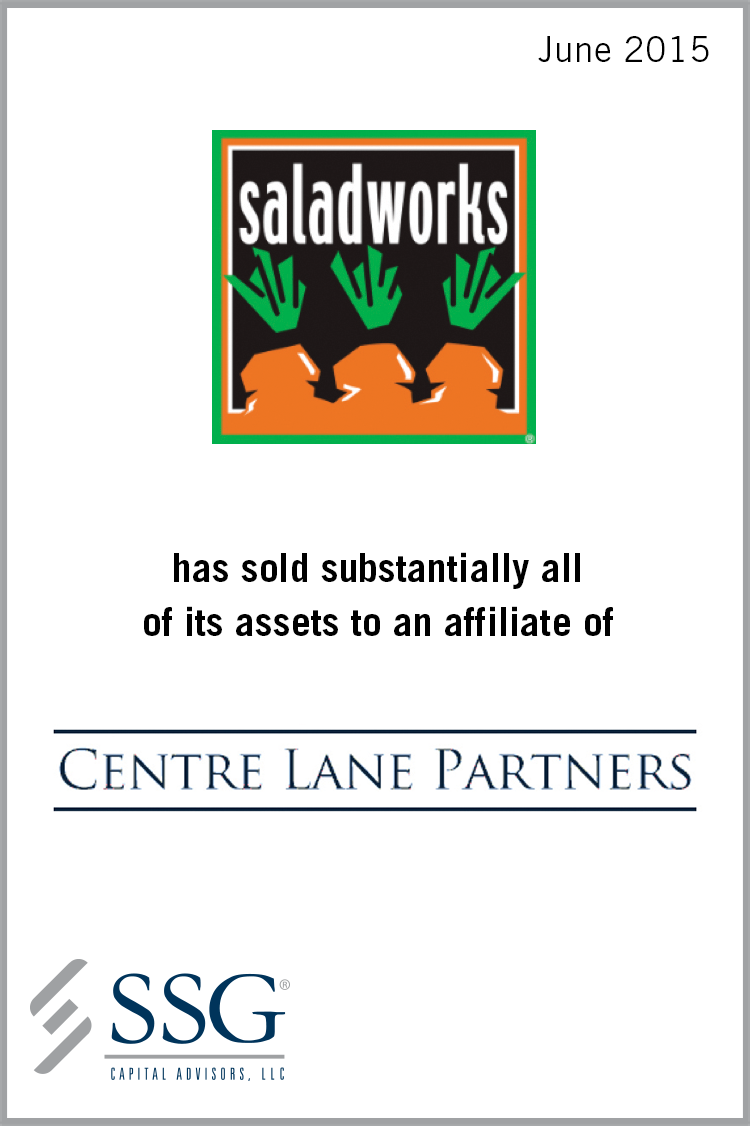