Client Profile
Seegrid was founded in 2003 to bring automation to high-volume commercial vehicles to optimize throughput and productivity, improve facility safety and reduce labor and operating costs. Today, Seegrid remains the pioneer and leading provider of automation solutions for high-volume commercial vehicles, including pallet trucks and tow trucks. Unlike previous attempts at vehicle automation, Seegrid’s robotic industrial vehicles completely leverage the existing manufacturing, sales and field service operations of original equipment manufacturers. Seegrid’s automation system integrates a proprietary and patented software technology to “see” its environment, map it in a virtual “grid” and guide the vehicle. The technology is state-of-the-art yet simple to use, as it does not require additional infrastructure or a specialized team of engineers to install, support or operate the robotic industrial vehicles. Seegrid’s software technology was designed by its team of engineers, including holders of five PhDs, and features sophisticated, state-of-the-art “evidence grid” software technology, stereo camera technology, user interface/sliding autonomy interaction architecture, motion control technology and enterprise and fleet information software technology.
Situation
As Seegrid brought its product to market, it sought additional funding from an outside investor or acquirer to further exploit its proprietary technology. Despite multiple marketing efforts by third parties and by management, the Company was unable to find the funding it needed and relied on its existing shareholders, primarily Giant Eagle, for funding. In the summer of 2014, a large portion of Seegrid’s debt was maturing and the Company did not have enough cash to satisfy those obligations. Most of the lenders holding this debt agreed to extend maturity, but one dissident lender did not agree. As a result, the Company filed bankruptcy protection to effectuate a Plan of Reorganization funded by Giant Eagle to allow Seegrid to continue as an ongoing entity.
Solution
The Company retained SSG to provide various services to support the proposed Plan of Reorganization, including a liquidation valuation, enterprise valuation, feasibility analysis and expert testimony. The Plan of Reorganization was confirmed and closed in January, 2015. 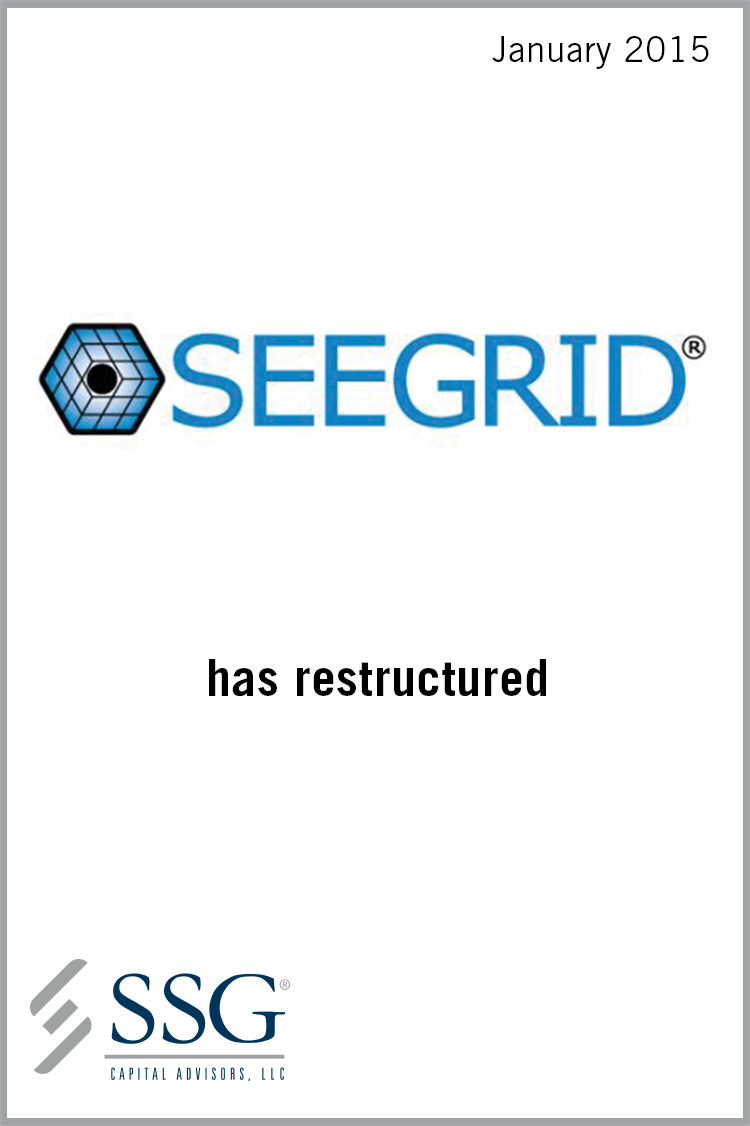