Client Profile
Snö Mountain L.P. (“Sno Mountain” or the “Resort”) is a leading resort area in Lackawanna County, PA. The Resort, doing business as Snö Mountain at Montage, provides a picturesque setting with numerous amenities and activities designed to showcase its spectacular location five miles from the center of Scranton, PA. With a 1,000 foot drop, 30 ski trails, 7 lifts, a terrain park, tubing facility and 2 half pipes, Snö Mountain’s ski resort is among the largest ski areas in the Pennsylvania’s Pocono region and has areas for all skill levels. The Resort also has a water park with multiple attractions for the summer season.
Situation
Prior to a change in ownership in 2005, Lackawanna County had operated the mountain since 1979. While management implemented many capital improvements following the purchase of the mountain, the Resort had continued to suffer from liquidity concerns and the public perception of Sno Mountain deteriorated. This continued underperformance, coupled with several years of poor weather conditions led certain petitioning creditors to file an involuntary petition for relief against Snö Mountain under Chapter 11 of the Bankruptcy Code on October 15, 2012.
Solution
The Trustee engaged SSG in February 2013 to sell the Resort’s assets. SSG marketed Snö Mountain and all of its assets to a wide range of ski resort operators, real estate developers and various financial parties. Ultimately, the bid of Montage was negotiated and accepted by the Trustee and approved by the Court as the highest and best bid for the Resort’s assets. SSG’s experience in the ski industry and in an expedited sales process helped maximize value for all stakeholders. 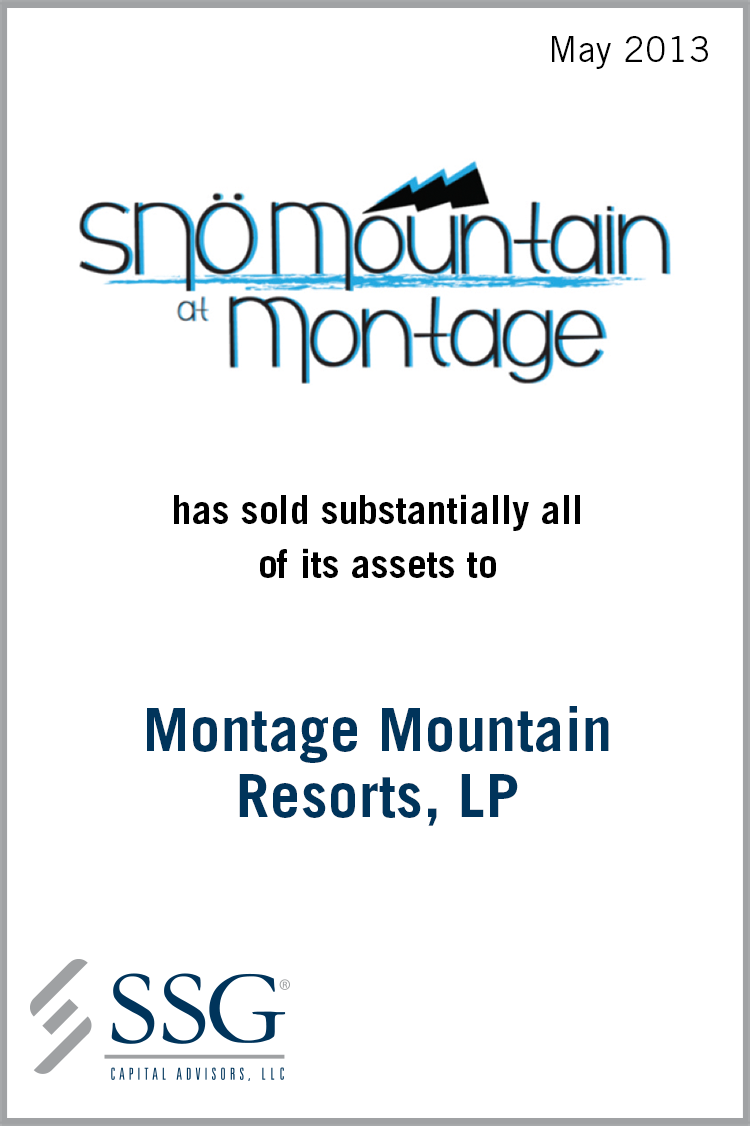