Client Profile
Thinkstream is a software and systems firm that develops distributed information networks to meet the communication and interoperability demands of public safety and criminal justice markets. The Company has one of the only technologies on the market that can integrate public safety networks on a state, multi-state or nationwide level. Networks powered by the Thinkstream platform are capable of scaling to encompass thousands of information systems.
Situation
SSG was originally retained as investment banker in November 2014 and conducted a comprehensive marketing process to sell the business. However, the process ceased when the Company lost a key contract bid and subsequently came under substantial pressure from creditors. As the result of the dispute regarding its significant debt burden, an involuntary petition was filed against Thinkstream by several petitioning creditors in May 2015. In July 2015, the U.S. Bankruptcy Court entered an order for relief under Chapter 11 of the U.S. Bankruptcy Code.
Solution
A Trustee was appointed to operate Thinkstream and pursued a sale strategy to avoid further deterioration of the business. The Trustee reengaged SSG to solicit offers to purchase the Company. TAL’s offer was ultimately the highest and best price for substantially all of the assets of Thinkstream. SSG’s experience identifying alternative solutions and its understanding of the Chapter 11 sales process enabled key stakeholders to maximize the value of the Company. 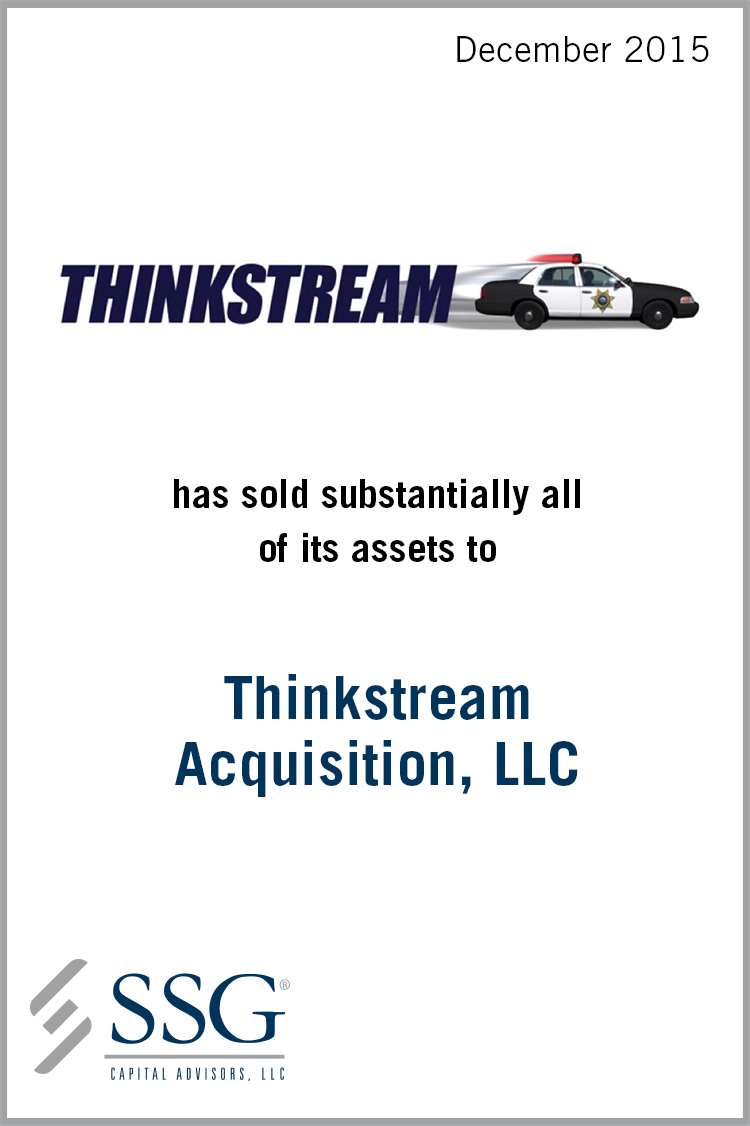