Founded in 2005 and headquartered in Philadelphia, Vascular Access Centers, L.P. (“VAC” or the “Company”) provides comprehensive dialysis access maintenance and lower extremity peripheral vascular therapies through a network of interventional nephrologists, vascular surgeons, cardiologists and radiologists. Specializing in minimally invasive procedures, the Company provides its services through 10 locations across the eastern United States. The Company serves the medical community by offering the full spectrum of outpatient endovascular care and has conducted over 250,000 procedures since inception.

After a long history of revenue growth and substantial profits, the Company faced a series of challenges that adversely impacted its operations and financial performance. The Centers for Medicare and Medicaid Services implemented significant rate reductions, ultimately decreasing the Company’s profitability. This was compounded by acrimony and eventual litigation between certain of VAC’s owners regarding the Company’s management and operations. Concurrent with these issues, the Company also entered into a settlement agreement with the U.S. Department of Justice resolving certain claims against VAC, which imposed an additional financial burden on the Company and further hindered its liquidity.

In an effort to improve profitability, VAC began to apply for ambulatory service center (“ASC”) licenses to enable the Company to take advantage of higher reimbursement rates. Unfortunately, VAC did not have the necessary capital required to convert all of its existing centers into ASCs, nor did it have the operating profit to fund its substantial liabilities. As a result, the Company filed for bankruptcy protection in November 2019 to preserve the value of its business and restructure its balance sheet and a Chapter 11 Trustee was subsequently appointed to oversee operations as well as a restructuring or sale process.

SSG was retained in April 2020 and conducted a comprehensive marketing process which resulted in a wide range of interest from potential strategic and financial parties. The process resulted in five qualified bids for certain assets, equity interests or a combination of both. In order to maximize value, SSG and the Trustee’s professionals conducted three separate auctions for certain pools of assets and/or equity interests. After a robust Section 363 auction process that included 11 rounds of bidding for the assets of one center and three rounds of bidding for another center, American Endo was deemed the highest and best bidder for both facilities. As part of a separate auction, Endovascular Health was deemed the highest and best bidder for the assets of two centers and equity interests in four other locations. SSG’s experience in identifying buyers and running a thorough sale process created a competitive auction environment that yielded value to the estate and proceeds to pay down the outstanding claims against the Company. 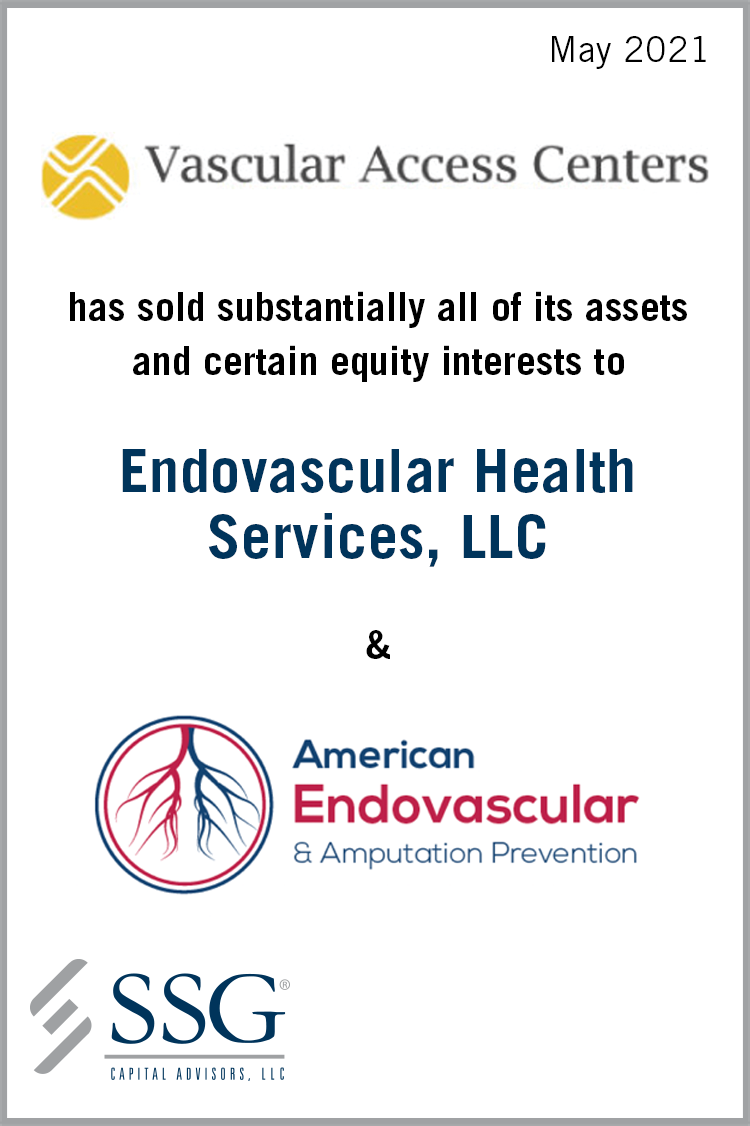