Client Profile
Headquartered in Torrance, California, Verengo, Inc. (“Verengo” or the “Company”) is one of the largest Southern California-based solar providers and is one of the most respected brands in the residential solar industry. The Company designs and installs solar photovoltaic systems for existing homes and new construction projects.
Situation
With a track record of more than 20,000 solar installations dating back to 2008, Verengo encountered difficulty related to the scale of its operations, which encompassed all of California as well as the northeastern United States. In 2015, the Company shifted its strategic direction to rationalize these operations and focus on its core market of southern California. While this operational restructuring was being implemented, constrained liquidity related to Verengo’s origination business prompted the Company to file for Chapter 11 protection in order to preserve the value of its business.
Solution
SSG was retained as Verengo’s exclusive investment banker for the purpose of soliciting competing offers to the stalking horse bid from Crius Energy, LLC (“Crius”). After an extensive marketing process to both strategic and financial parties, the stalking horse offer from Crius was ultimately determined to be the highest and best price for substantially all of the Company’s assets. In order to address all outstanding issues in the case, the proposed Section 363 sale process was changed to a sale through a confirmed plan. The sale process enabled all key stakeholders to maximize value while preserving Verengo’s operations and the majority of its jobs. 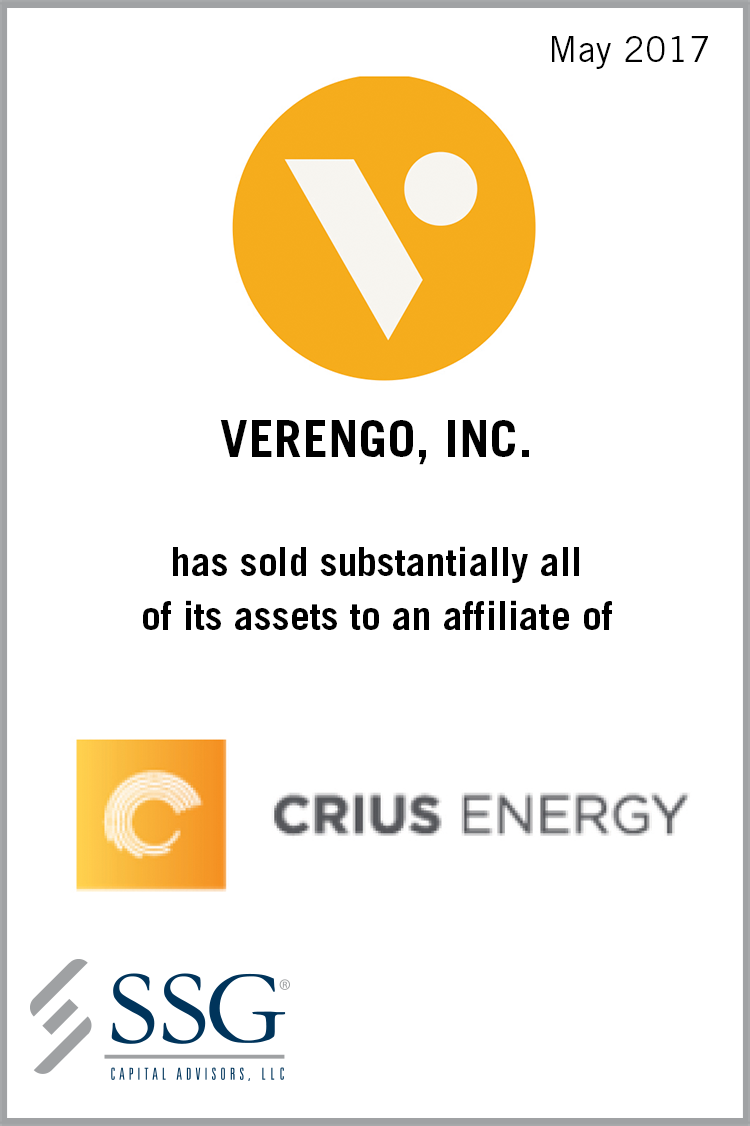