Client Profile
Woodcrest Country Club (“Woodcrest” or the “Club”) is a private 18-hole golf course located in Cherry Hill, New Jersey. Situated on over 155 acres, the William S. Flynn designed golf course built in 1929 is regarded as one of the finest courses in the Delaware Valley. Throughout its storied history, Woodcrest played host to the Philadelphia Section PGA Championship, qualifying for the US Open and many other premier tournaments and golf outings.
Situation
In addition to the general economic downturn and a lack of growth in the golf industry, Woodcrest incurred a large amount of debt over the last decade primarily to build a new clubhouse. Upon maturity of the loan, Woodcrest was unable to pay back its debt and as a result filed for Chapter 11 Bankruptcy protection. On February 7, 2013, Bonnie Fatell of Blank Rome LLP was appointed as the Chapter 11 Trustee to supervise the disposition of the Club’s assets for the benefit of the stakeholders.
Solution
The Chapter 11 Trustee engaged SSG in February 2013 to explore all strategic alternatives, including a sale of substantially all of the Club’s assets. With the Club’s highly coveted property acting as an attractive investment opportunity to a wide variety of buyers, SSG marketed Woodcrest and all of its assets to a wide range of golf course operators, real estate developers and various financial parties, ultimately receiving several offers. SSG delivered a stalking horse bidder for the club’s assets and produced multiple bidders (four), culminating in a 363 auction with robust bidding. Cherry Hill Land Associates LLC, an affiliate of the First Montgomery Group, produced the highest bid, acquiring the Club’s property and all of its assets. The final purchase price totaled $10.1 million. 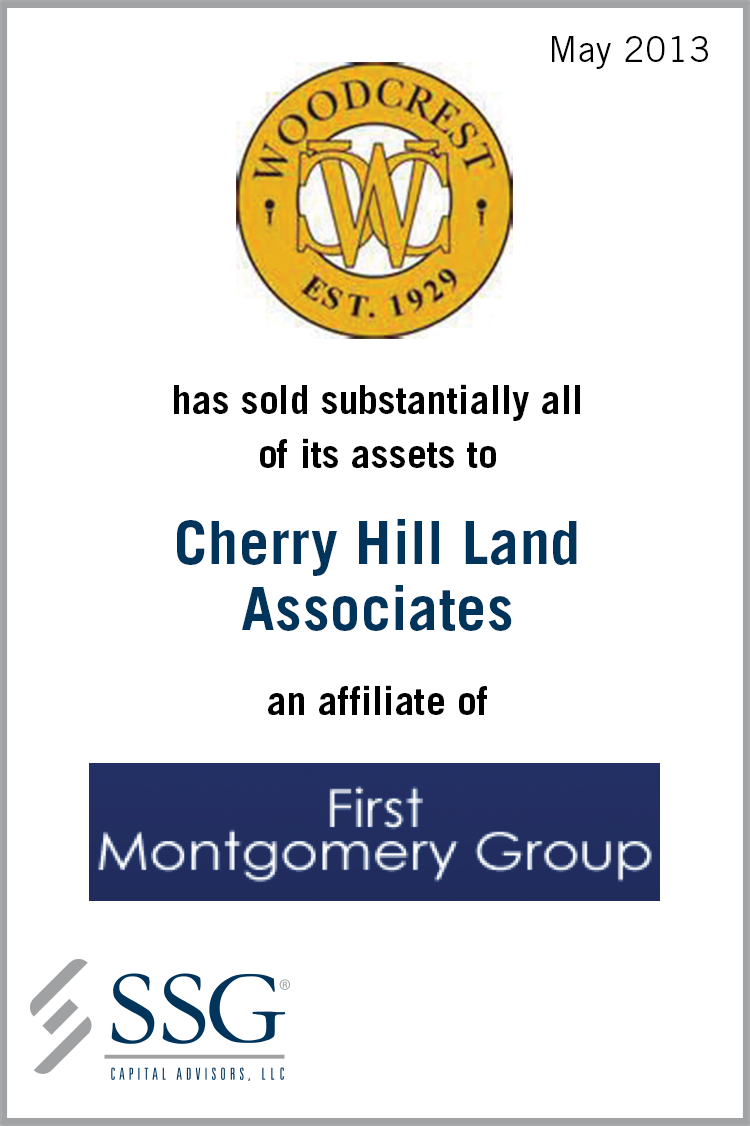